the Noize Games is an educational audio-interaction environment aiming to raise awareness on the notion of noize, its properties and its impact on the acoustic environment.

It was designed on behalf of the Department of Audio & Visual Arts of the Ionian University in cooperation with the Hellenic Institute of Acoustics, under the supervision of professor Andreas Floros with the contribution of graphic designer Nikolas Grigoriou, and presented to pupils of primary and secondary education in Corfu, Greece on the International Noize Awareness Day 2014.

It is comprised of the following two Audio Games: 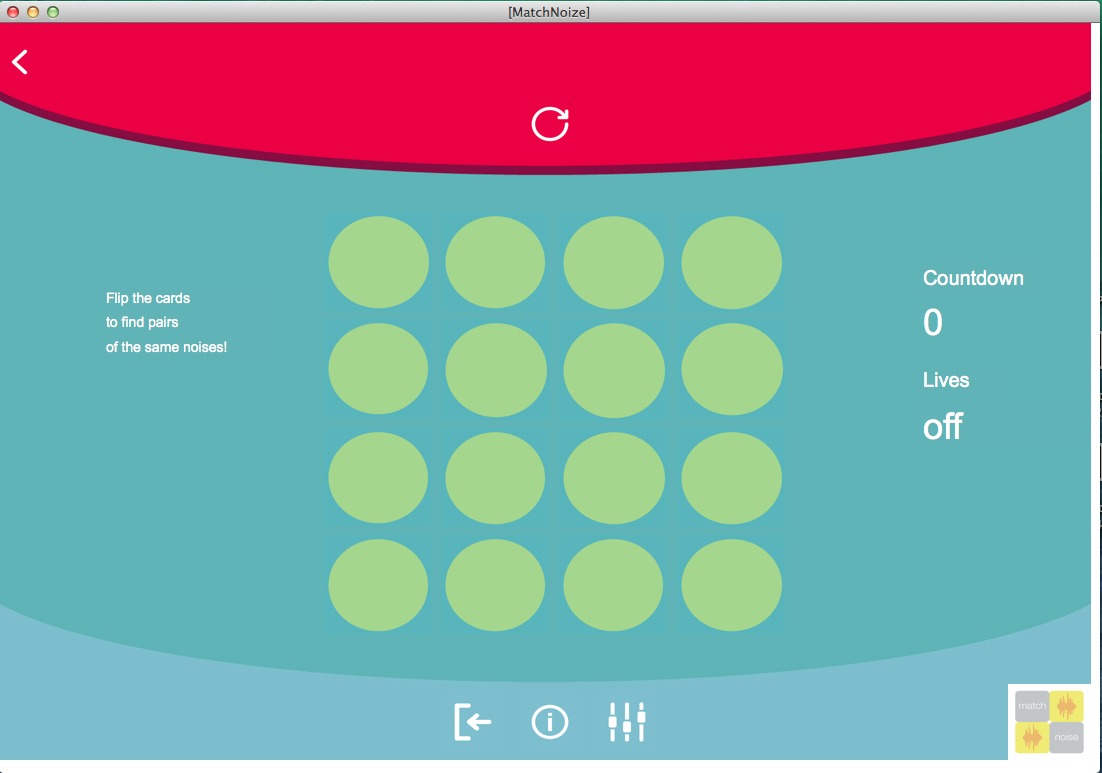 In this audio-twist of the classic memory game, players flip cards, two at a time, to find the matching pairs of the underlying sounds. The sounds have been designed to demonstrate the wide range of noizy properties, such as timbre, distortion, chaotic behavior and multitude. 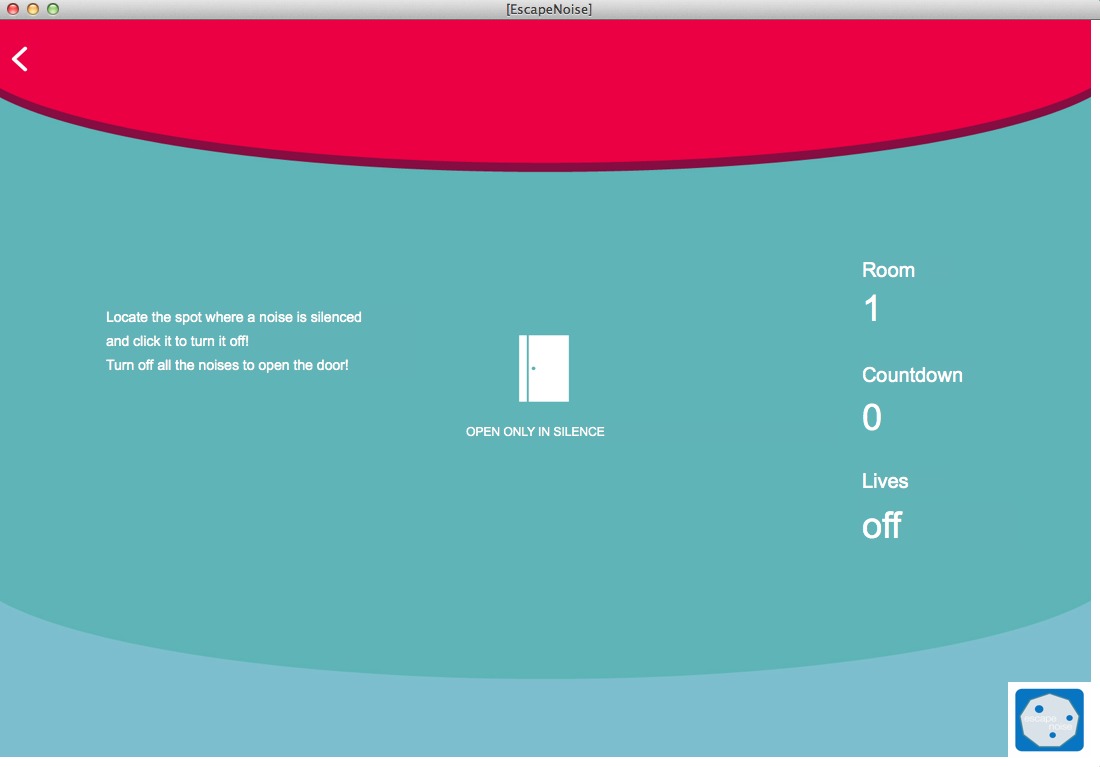 This game realizes an original audio interpretation of the escape games mechanics. Players are exposed to noizy soundscapes comprised of sound layers and need to search the game surface for those spots,  where the layers are deactivated. Soundscapes derive their thematic from domestic, urban and natural noizes.