"Hearing the Magnetic Storm" implements sound to raise people's awareness about the impact of solar energy on Earth’s magnetic field. The scientific data was sonified as follows: the Earth's magnetic poles are represented by 2 interacting LFOs, whose frequency is subsequently modulated according to the intensity of the storm.

Data from March 1989 was played back at such speed that every hourly value resulted in 1 second of sound. Thus, the visitor of the installation could use the interface and navigate through the whole month within 12 minutes of sound. 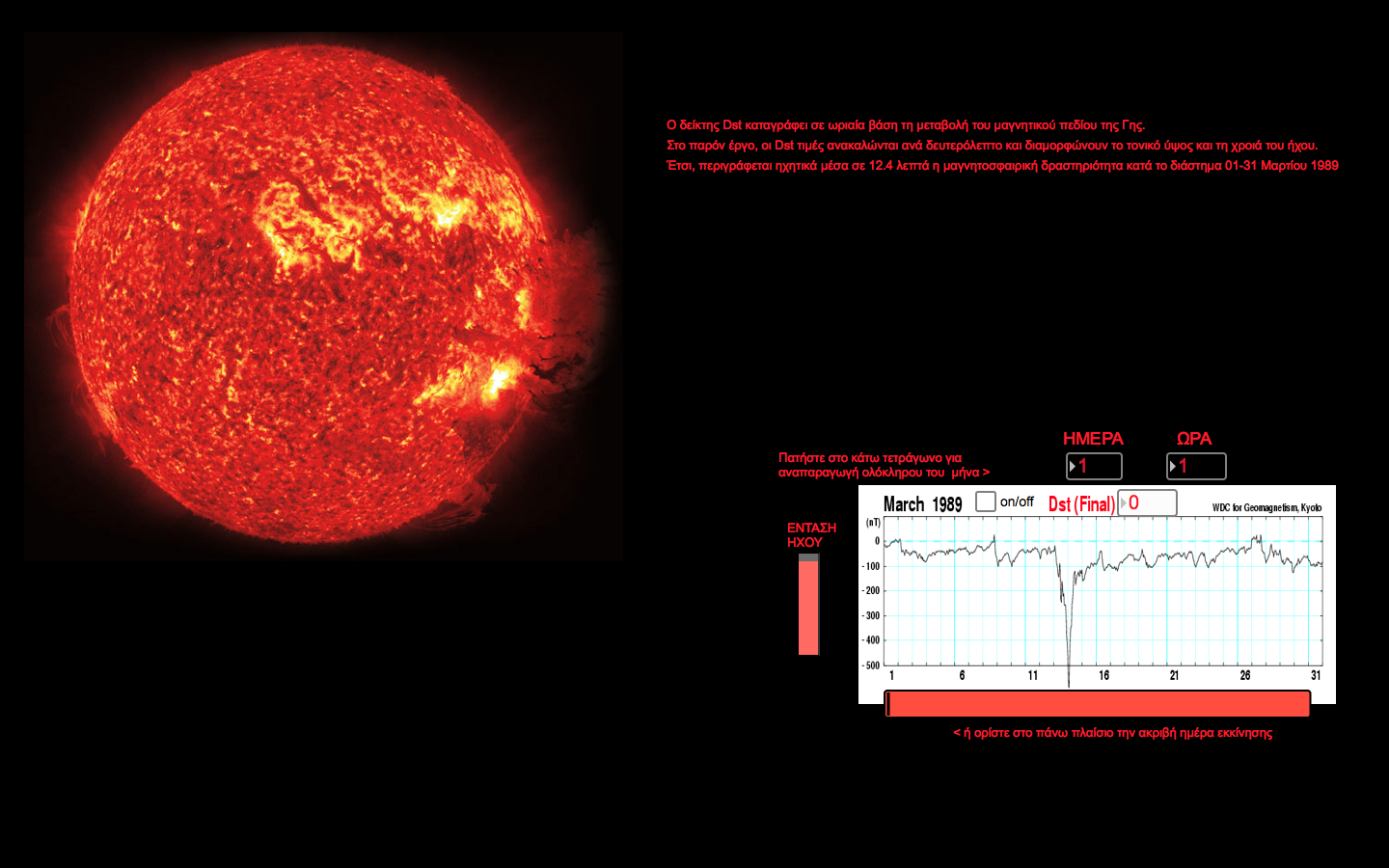 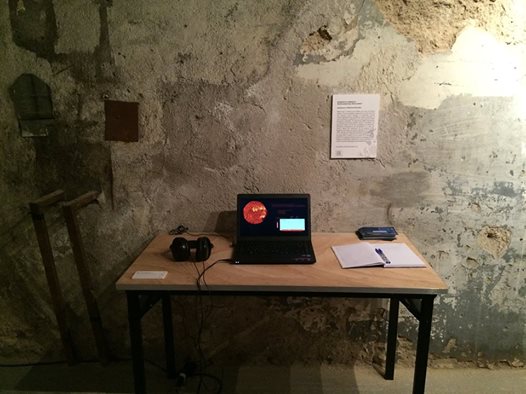